To make sure an instrument measures as precise as it can, it has to be calibrated. My new RIGOL DS1052E has a Utility function called Self-Cal, where it, you guessed it, calibrates itself. I performed this function once when the scope was just on my bench.

I have two probes, both came with the RIGOL, one is designated yellow and the other one blue. Both can be x1 or x10 attenuation. Now, in measuring, I noticed odd values in the x10 range of channel 1 when using the “yellow” probe, so I decided to sort this out.

As simple as can be: 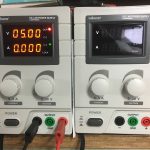 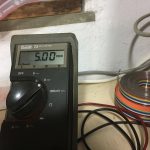 Error in values of channel 1 at the x10 attenuation setting

The results of the first test can be seen in the picture on the right.

Because I wanted to know wether the supposed error was in the probe or in the scope, I tested both probes, connected to both channels, in x1 as well as in x10 mode.

You can see that it definitely was not the probe, because in channel 1 at the x10 setting, both probes gave the same error. 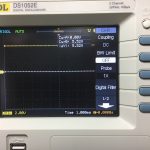 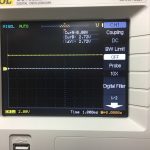 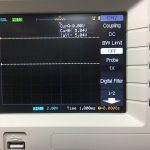 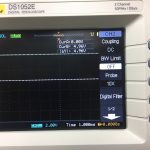 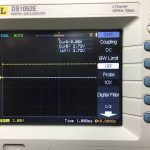 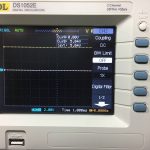 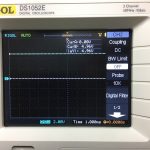 Then I had a bright moment, if I say so myself. I remembered that the first time I had the scope do a self-calibration, I realised during that test that I left a probe in channel 1. I quickly removed it and had the calibration finish. Up ’till now I had not given it a second thought.

So I decided to have the scope self-calibrate again, this time having removed all probes.

As you see, the values are correct now. 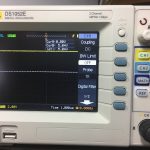 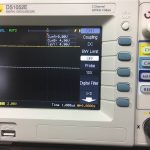 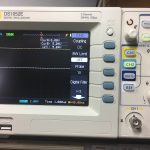 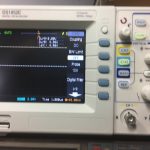 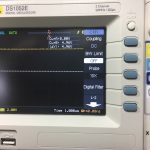 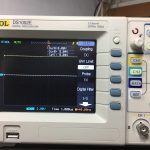 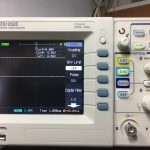 Where I first suspected a malfunction, it appeared to be human error. Relieved and pleased with myself…